PDHPE (ability to teach RE) - 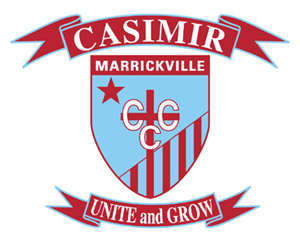 Single School
Offers VET
Casimir Catholic College is named after the great builder of the Marrickville parish, Father Casimir Maguire, who was Parish Priest from 1917 to 1949. After the completion of the magnificent Church of St Brigids in 1930, Father Casimir set about the construction of the school buildings which serve as the major classroom blocks of the present high school.
Save Job